I’ve been following this comment thread on Deep Strength’s blog.

Yesterday, some woman calling herself “pamelaparizo” showed up in the comments, and proceeded to leave a comment longer than the original post, in which it became clear that she was attempting to teach Deep Strength, the blog’s male proprietor, and had no interest in learning. However, her very long and very wrong comment, rather than being dismissed out of hand, received a medium length answer from Earl, and an exhaustive refutation from Deep Strength.

But even though Deep Strength lowered himself to answering her ridiculous arguments, Pamela couldn’t shut up. She fired off three more comments in machine-gun succession. The first two had links at the bottom to her blog, The third ended with

if godly marriages are the aim, then a person’s spirituality should be more important than physical attractiveness. A meek (submissive) and a quiet spirit is of great price in the sight of God.

So I went to her blog. Here’s what I found on the first page: 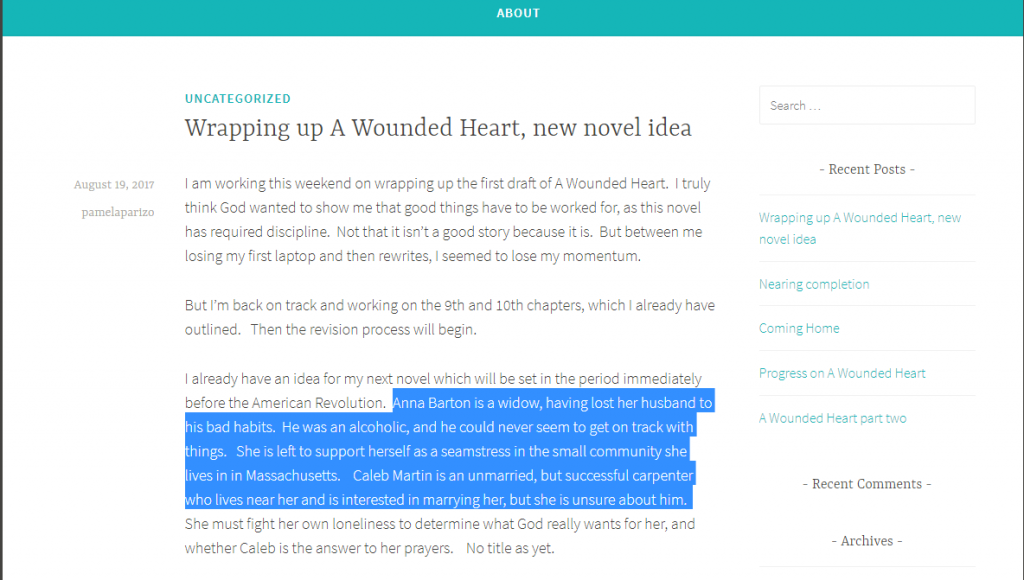 I responded to her in the shortest, most dismissive way I could:

Pamela has posted 3 more comments after I advised her to learn to be quiet, resulting in many paragraphs of unnecessary and fruitless writing by the men of the space.